It can get so noisy. Everybody has an opinion about how things should be done, which avenues to pursue and what will work and what won’t. Some advice is based on their experience and some advice is not. And some may be advice that could work incredibly- but not for you.

What if your gut is pulling you in another direction? That inner conversation that says “Yeahhhh, I know I probably should do this, but I really want to try something different and do that.” As a leader, I bet you have had that conversation with yourself at many points along your journey. Maybe you want to go outside of the box, against the norm and see what you’ve got! Maybe you see yourself as an innovator- doing those things in your business that no one has ever done before to create something brand new!

I went to the gym this morning and was watching a video with Arnold Schwarzenegger. And his talk was all about how EVERY time along his path EVERYONE who was more experienced than him told him it’s impossible for him to succeed as a body builder, as an actor, as someone with a heavy accent and unpronounceable last name, and as a political figure. Arnold said that instead of hearing the word impossible, he heard “possible”. He said the difference was that his inner voice constantly said for him “to believe in himself no matter what!” And so, he did. People thought he was crazy, but he did it anyway- and succeeded in his endeavors. And there are so many examples of this like Sylvester Stallone’s story, like the Harry Potter author J.K. Rowling’s story, like the story of Colonel Sanders, inventor of Kentucky Fried Chicken and so many more. I encourage you to look up their experiences- everyone thought their ideas were horrible- but their inner voice told them to keep going.

What is YOUR inner voice nudging you to do? Are you doing one thing but really wanting to try another? (That’s misalignment of your thoughts and your energy by the way- not a good feeling place to be in.) I encourage you to sit still and listen to that inner voice again. Then just do it. If it doesn’t work, so what. You KNOW that all successful people have tried different things that didn’t work, until they found the one that did. It’s all part of the success formula. If you are not trying new things in your business, you’re not growing.

So yes, we can learn a lot from others, but in the end, we have our own learning to do. So go for it! That inner voice, as you know, is not going away- so maybe it’s time to block out that noise and listen to it. Because as I mentioned, this inner voice may know something you don’t and will ultimately lead you down a path that “you knew all along”….you were meant to fulfill.

With love and gratitude, 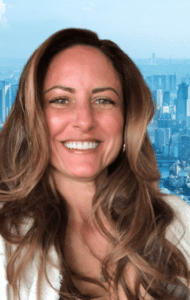 Looking for customized one-on-one executive coaching to bring you clarity and focus which will align your thoughts with your actions? Email me at: Donna@MovingForwardStrategies.com

The 3 Musts in Building Relationships

What are your professional relationships like? What friends do you have in your circle and…

The #1 Secret to Manifesting in Business

Do you want to start something new? Are you afraid to? Do you keep putting it…

Copyright © 2022 - All Rights Reserved
Back To Top